Do you have a question that you can't find the answer to regarding web design, development etc? With over 20 years of experience in the industry, why not ask us?

There is no fee, we just want to share our experience and knowledge. ASK A QUESTION ON THE WEB DESIGN BLOG

If you use the internet on a fairly regular basis it’s pretty likely you’ve come across advertisements claiming you can learn to code in a matter of weeks, and if you’re thinking about trying your hand at web development and building your own site it can be tempting. Whilst becoming adept in the likes of CSS, Javascript and HTML might be achievable for some, most of us would find it a struggle to catch even the basics.

The world of technology and web development changes so much that people in the profession are regularly refreshing their skills to stay ahead of the game (never underestimate the work, hours and patience it requires to become a web developer!). If you struggle to have even a basic knowledge of what web development is or what developers do, it can seem a near on impossible task to find the right one for you, but Pixel Puppet can help.

Think of one of your favourite websites and why you love it. The way it looks is probably fairly high up on the agenda, but the work of a web designer is only one part of what it takes to bring a website to life, often it’s the parts you can’t see that have some of the biggest impact.

A web developer knows everything there is to know about building a website from scratch, they are essentially programmers who solve your problems by custom-building code for your needs. The web developers of the world really do make things happen when it comes to building a website, from the layout of the site to functions and features on each of the pages.

But the term web development is a fairly broad one, and the work of a web developer can range from the basics (debatable) of creating plain text pages right up to the building of some pretty complex web based applications.

What does a web developer do?

Web development is, in the simplest of terms, the task of building a website, app, game or other web-based platform from the ground up. Developers do this by learning a series of languages, as you would learn to speak the native tongue of another country. The difference here is that the languages of the web development world aren’t spoken, they’re written (or typed, to be more precise). In very simplistic terms, a large part of a web developers work is telling a computer what to do, in a language only a computer (and other developers) understand. The way in which each web developer goes about their day is of course slightly different, but their hard work generally falls into the following three categories:

To build a good website, properly, both web designers and web developers need to have a certain level of crossover. A designer who knows at least some of the language (or code) a developer speaks can help them when it comes to communicating with the development team and producing more effective designs. Similarly a web developer who can appreciate the artistic direction of a designer can help them to write more effective code. Communication between the two teams is an absolute essential when it comes to meeting client expectations. If you can find a web design agency or project manager to work with who has both of these skill sets you’ll be on to a winner.

When thinking about which type of web developer you need, it’s worth noting that they can be generalised into three types. Front-end developers (the client side people), back-end developers (the server side coders) and then there’s the ones who can do a bit of both and they are the full stack developers. But whether you’re looking to get a new responsive website, app or game here are a few key points to consider when looking at hiring web development help:

We are a small and friendly web design company based in the Welland Valley area, so not far from either Market Harborough or Corby in the East Midlands. 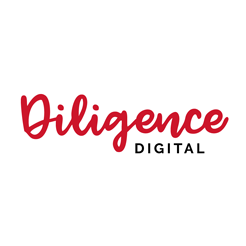 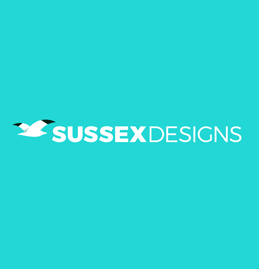